Phase 1 of Build Your Best Physique workout has you mainly performing traditional, no-frills exercises easily done in most gyms. But I often get questions pertaining to how to modify workouts when certain equipment isn’t available or because of crowded gyms. Additionally, many want bodyweight alternatives when on the road or training at home.

The short answer is yes. But how do we go about making some relatively “easy” exercises into muscle-building tools that could potentially rival more traditional gym moves? The answer lies in progressive measures. That is, modifying bodyweight exercises in order to make them more challenging for a training overload. But first, let’s take a look at a couple of ways we can plug in bodyweight training.

Some may want to perform bodyweight-only training when on the road or for home workouts. This isn’t just an effective way to train it’s also a great mindset to possess. Why? Because if you have an effective, efficient, and mobile training program at your disposal then you instantly avoid the stress of finding a gym while on the road. You’ll feel confident in the fact that you’ll always be able to train wherever you are.

Another great practice to adopt is to substitute in some key bodyweight moves into your existing traditional program for a new challenge. Bodyweight moves such as dips and push ups can be great finishers after the big weighted moves are out of the way. They also teach you more balance and stability to make you whole-body strong which will assist on improving other exercises too.

What we’ll do now is take the Phase 1 workout and unpack it with bodyweight substitutes. We’ll also look at progressions (making the move harder for those who need more of a challenge) and regressions (making the move easier for those who need to start with more of a learning curve). Simply choose one substitute per traditional move for your next workout.

Reverse-grip chin up
Rack curls (under bar curl up)

Whether you go bodyweight training full-tilt or you just want to put a few into your existing routine give a few of these moves a try and challenge your self to progress. Don’t forget to leave a comment below. Good luck! 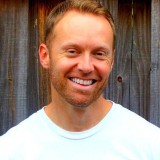